While the City awaits official results from Harris County, we will begin proceedings for a Mayoral runoff election that will occur in mid-December. As no candidate received more than the 50% of the votes cast, the top two Mayoral candidates Bob Warters and Ashley Graves will move forward in this runoff election.

Unopposed Councilmember Candidates Phil Johnson (Position 2), Bryce Klug (Position 4), and Matt Prior (Position 6) are considered duly elected and will be sworn in at the December 14th City Council meeting. All twenty-two (22) Charter amendment propositions also passed, and the City's Charter will be updated in the coming months. 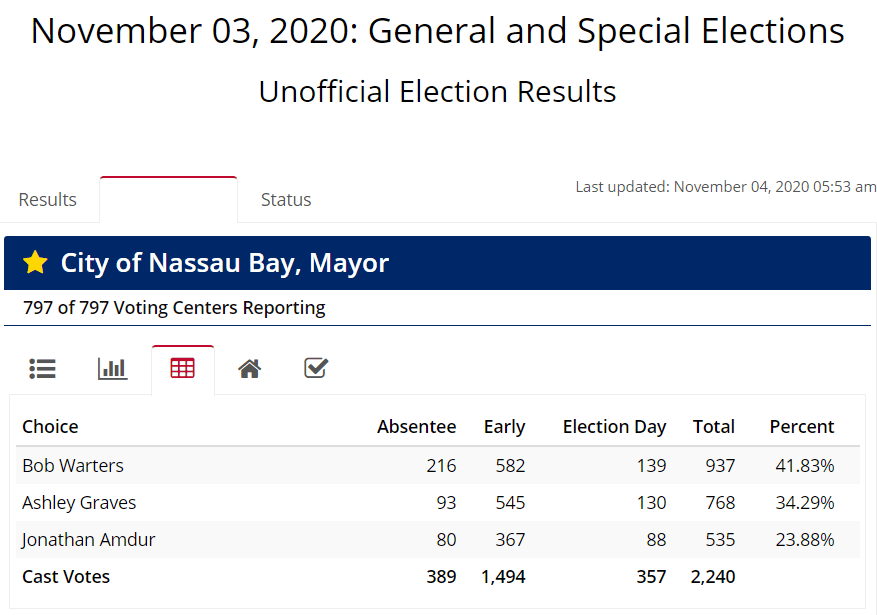 Click here to view the Nassau Bay (Precinct 307) SAMPLE BALLOT (the sample ballot contains all races and propositions seen by a Nassau Bay resident on the November 3rd ballot). 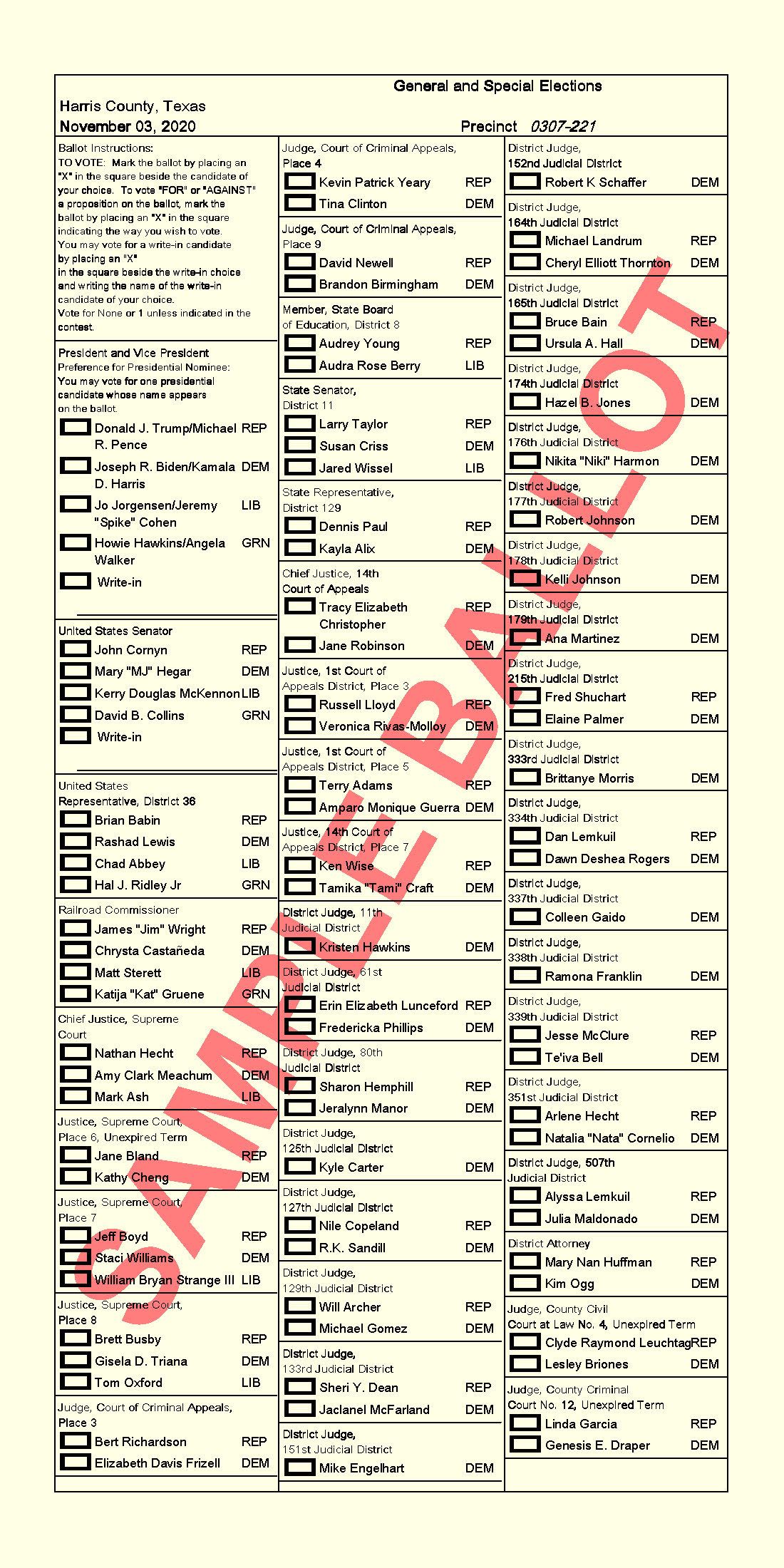 To vote in Nassau Bay’s election, a resident must be registered to vote at least 30 days before the election date. Citizens can register to vote until October 5, 2020 for the November election. To change your name or address, a completed and signed application is also required. Voter registration cards are available at the Harris County Clerk’s Office.

Applications for ballot by mail (ABBMs) can be requested by calling the Harris County Elections Division at 713.755.6965. Applications can also be obtained online at www.harrisvotes.com. The deadline to submit an Application for Ballot by Mail is October 23, 2020 (received, not postmarked). You can track the status of your mail-in-ballot at https://harrisvotes.com/Tracking.

For more information on the City’s November 3rd election, please contact City Secretary Sandra Ham at sandra.ham@nassaubay.com or by phone at 281-336-6281.

Nassau Bay residents will be asked to vote for the positions of Mayor, Council Position 2, 4 and 6. The following individuals have completed an application for the General Election ballot (listed in ballot order):

Residents will also be asked to vote on twenty-two (22) propositions amending the City Charter. The full list of propositions can be found here.

NOTICE of Drawing for a Place on the Ballot

As of July 15, 2020, the following applications / legal forms have been received for a place on the General Election ballot. Additional candidate information can be found on the Candidates page.