Note:  This is raw data collected manually from our department reporting systems.  Monthly data may vary slightly from yearly UCR and NIBRS data from the FBI.  UCR and NIBRS is collected by the FBI from completed crime entry reports, which may have minor changes or updates from monthly data prior to being sent to the FBI.

2019 statistics are reported under the NIBRS format. The FBI required all reporting agencies to transition from the Uniform Crime Reporting (UCR) Summary Reporting System (SRS) to the National Incident-Based Reporting System (NIBRS) by January 2021. The Nassau Bay Police Department made the transition to NIBRS during the 2019 reporting year. 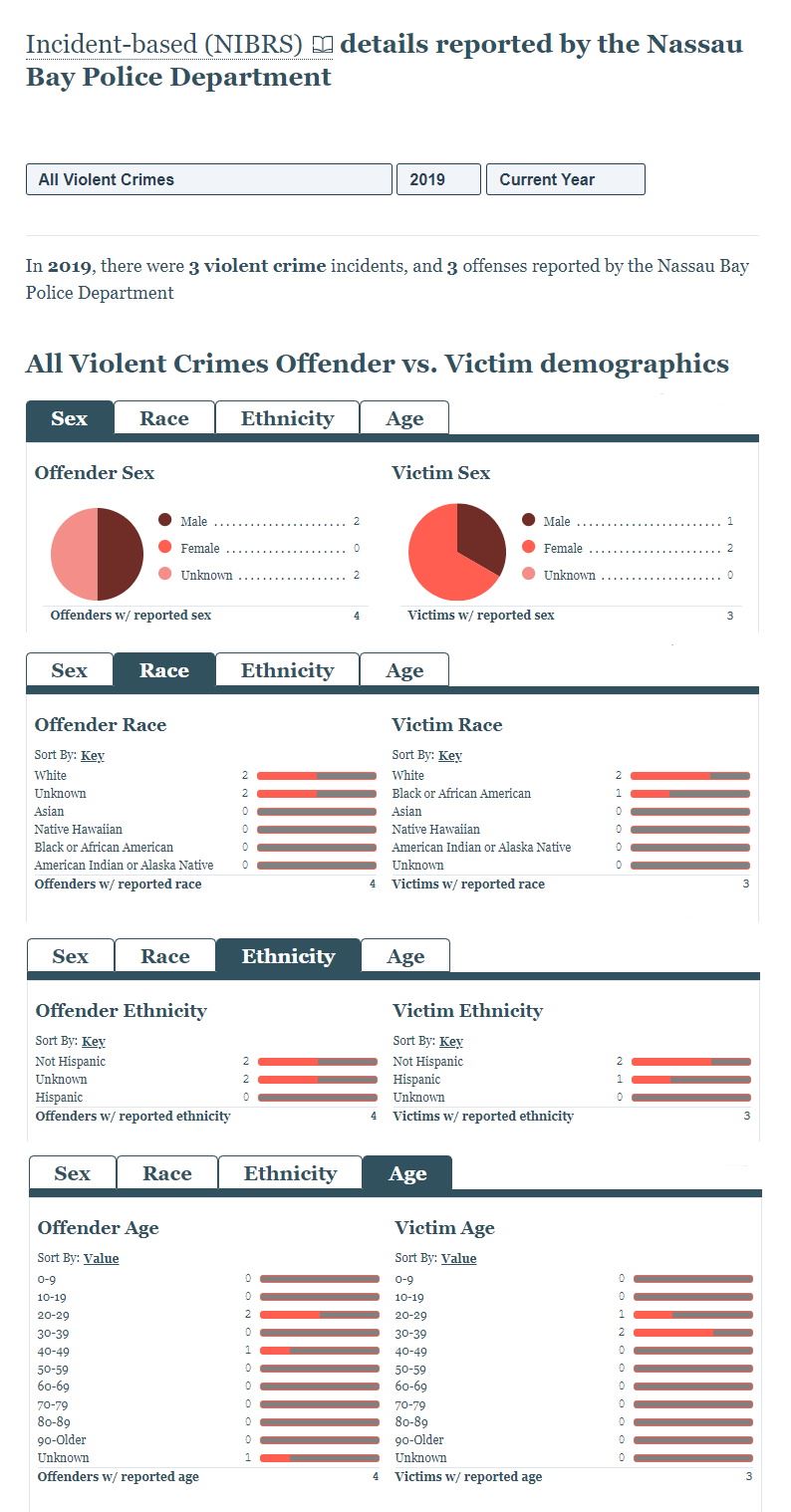 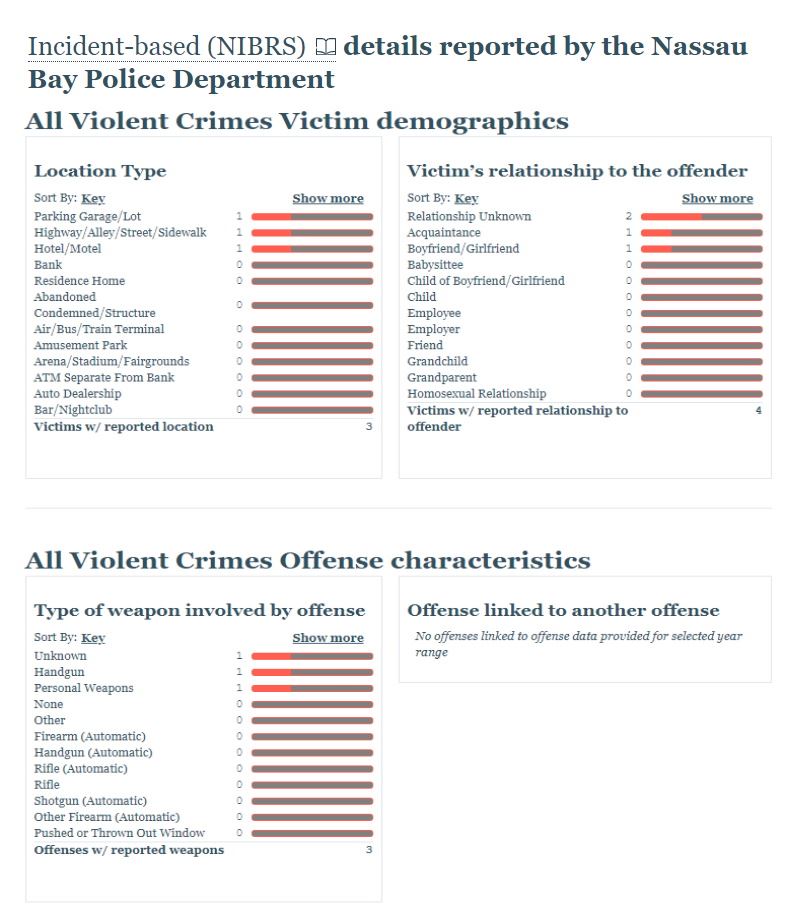 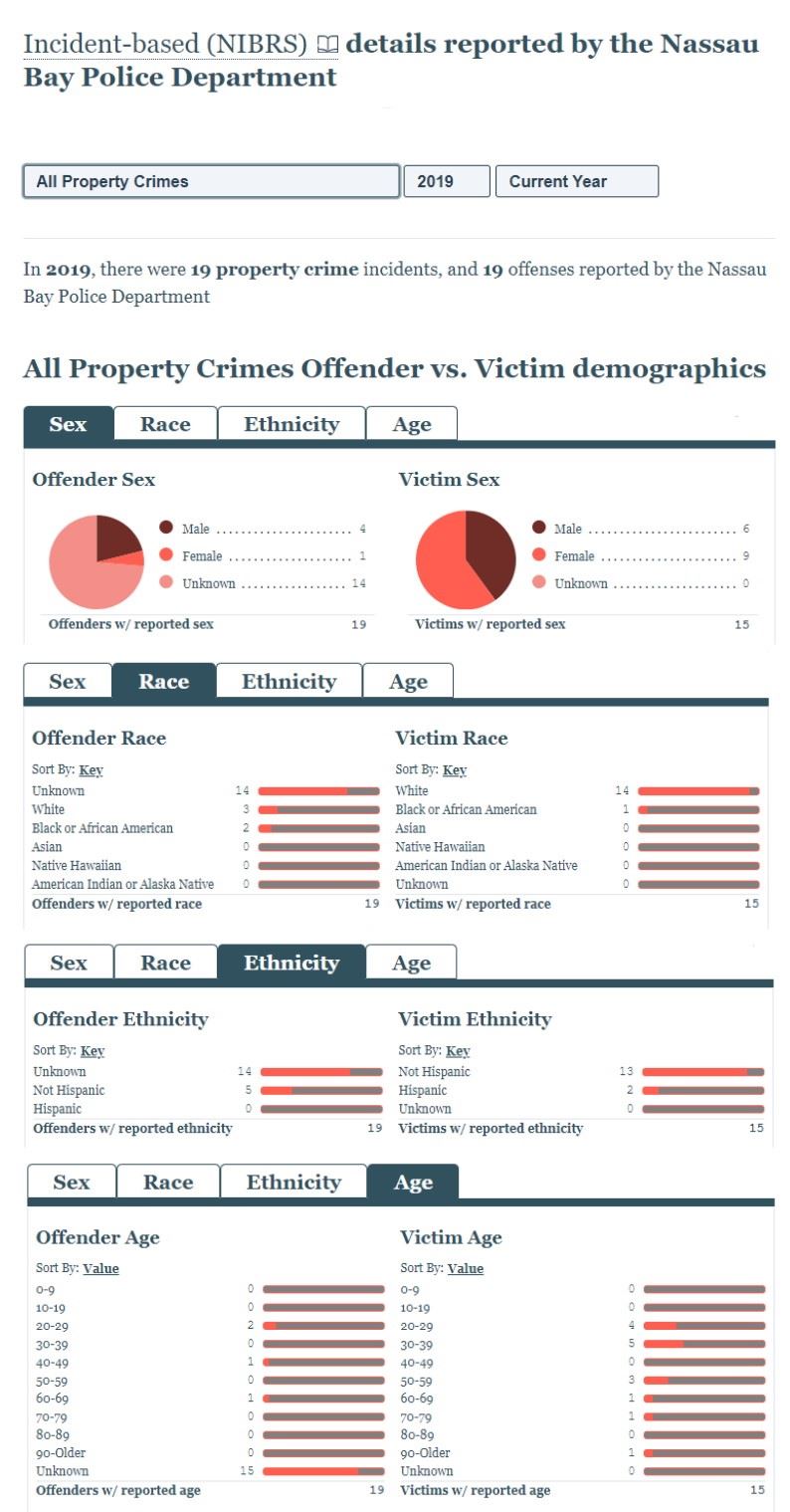 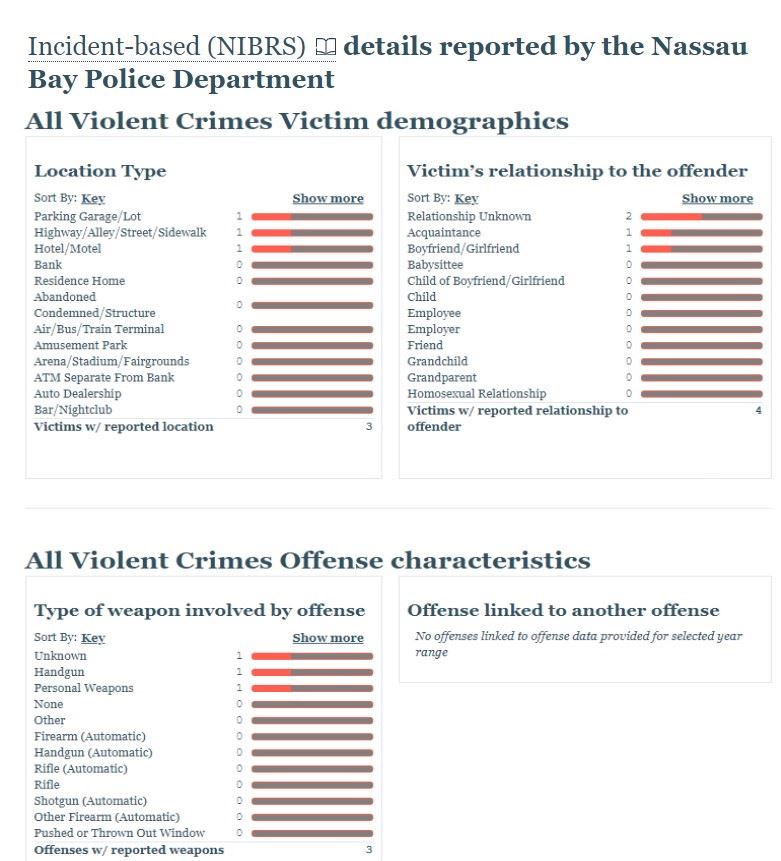 When law enforcement agencies switch from reporting crime data in the UCR Summary Reporting System (SRS) format to the National Incident-Based Reporting System (NIBRS) format, the perception is the agency’s crime volume and crime rates increase. However, apparent increases in crime are not necessarily attributable to actual increases in crime. Rather the perception of increase is due to the greater level of reporting specificity in NIBRS data when compared to SRS data.

The perception is based on:

An example of these differences can be seen in an incident involving murder, robbery, and motor vehicle theft.  The Hierarchy Rule in the SRS states when more than one offense occurs within an incident, only the most serious crime contributes to the agency’s monthly crime totals.  Therefore, the agency would count only the homicide for the monthly totals because homicide is the highest offense on the hierarchy.  When reported through NIBRS, however, the agency would count the murder, the robbery, and the motor vehicle theft.

Due to the differences between the SRS and NIBRS reporting standards, it can appear that an agency has higher levels of crime after switching to NIBRS.

Since crime is a sociological phenomenon influenced by a variety of factors, the FBI discourages ranking locations or making comparisons as a way of measuring law enforcement effectiveness.  Some of this data may not be comparable to previous years because of differing levels of participation over time.