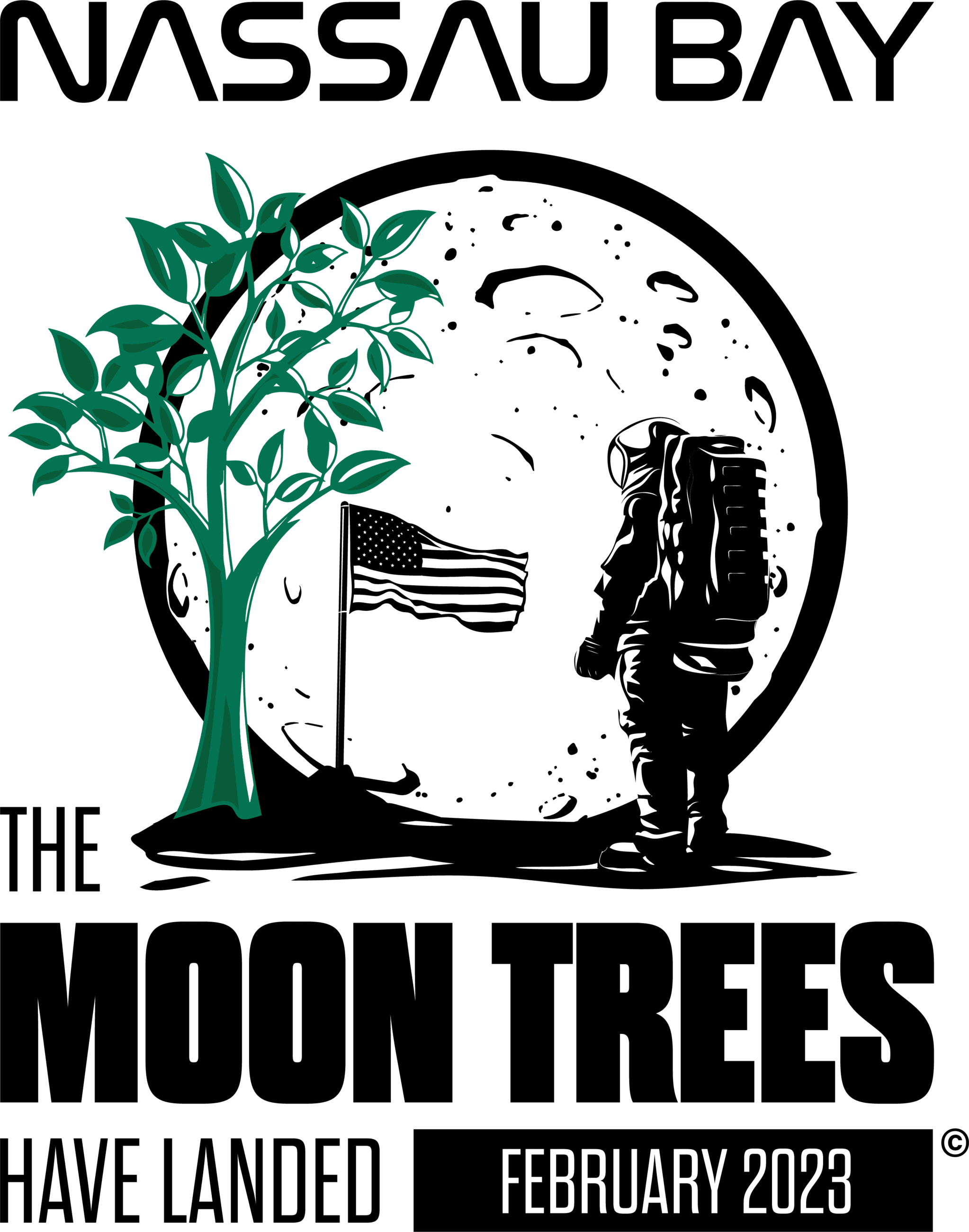 The City of Nassau Bay is so excited to announce two special Moon Tree planting ceremonies scheduled for Friday, February 10th and Saturday, February 11th. The trees will be planted at City Hall and David Braun Park, respectively.

This incredible addition to the community was made possible through a partnership between the City’s Parks and Recreation Committee led by City Councilmember Michelle Weller, Gary Mossman - former Mayor Pro Tem and current City Committee member - and the Moon Tree Foundation, a nonprofit organization dedicated to educating the public about the United States Space Program.

“Through a program at Webster Presbyterian Church, we met Rosemary Roosa, President of the Moon Tree Foundation,” Mossman said. “The church worked with her to get several Moon Trees planted, and when she was present for that ceremony, we talked about getting some of the trees for Nassau Bay.”

The fascinating history behind the Moon Trees reaches back to Apollo 14, the NASA Mission that was launched in the late afternoon of January 31, 1971. During the mission, Astronauts Alan Shepard and Edgar Mitchell would become the fifth and sixth men to walk on the Moon. While Shepard and Mitchell explored the surface, Astronaut Stuart Roosa – Rosemary Roosa’s father – orbited above. On his command module, he carried hundreds of seeds that would eventually become “Moon Trees.”

“The seeds Stuart Roosa took into space were brought back, planted and successfully grew into trees that are 60-75 feet tall today,” Mossman said. “As they grew and matured, the Moon Tree Foundation was formed and began planting the seeds and growing saplings. Over time, they were able to take the DNA from those trees and create new offspring. This means the trees we’re getting should have the same DNA as those original trees.”

The two planting ceremonies will be followed by programs at City Hall, which will feature a panel discussion including individuals associated with the Apollo 14 Mission as well as the NASA Artemis program, which will also carry seeds to the Moon. The program on Saturday will be tailored to local families to encourage young future astronauts to attend.

Schedule of Events - Click here for the full agenda and timeline.

Schedule of Events - Click here for the full agenda and timeline.