The City of Nassau Bay Public Works Department has a range of projects planned for FY2021-22. From park improvements to infrastructure rehabilitation, residents will notice our crews and partners at work throughout the year.

Read on to learn more about individual efforts, the associated costs, anticipated completion timelines and more. 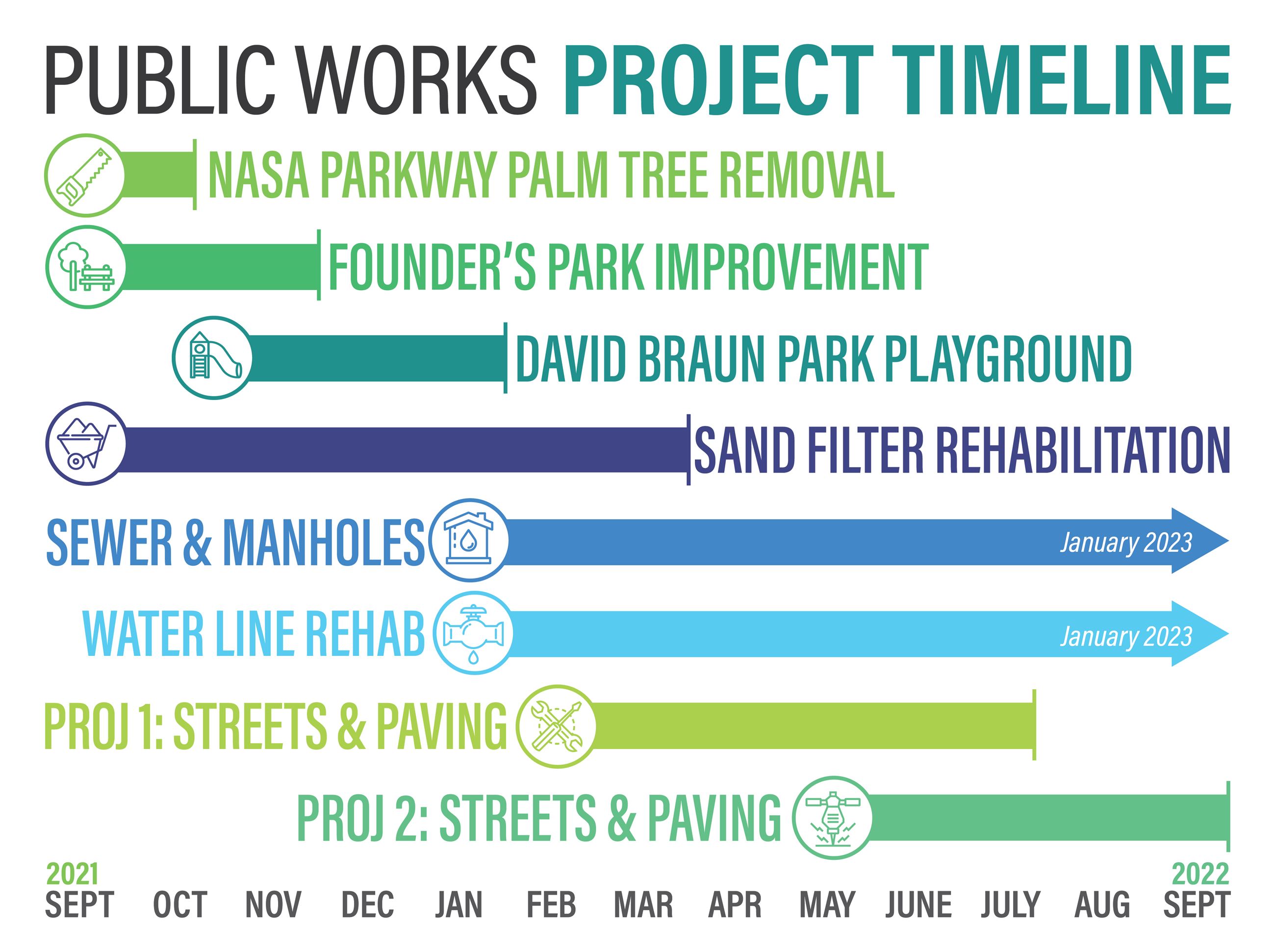 While this process is still in progress, all palm trees on NASA Road 1 from Upper Bay to Lakeside have been removed. 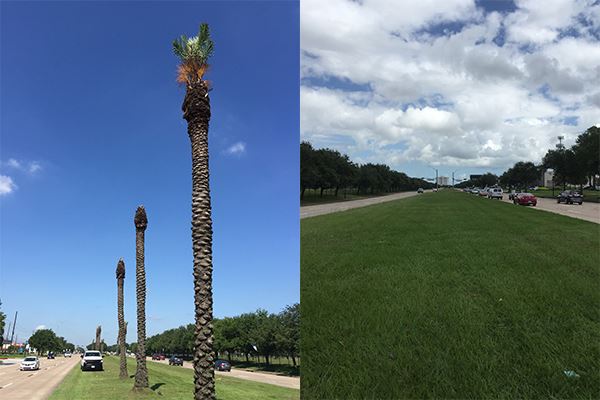 Photo of the palm trees prior to removal, and an updated photo of the median following the removal of the trees.

This equipment is available for kids in two age groups - ages 2-5 and ages 5-12. 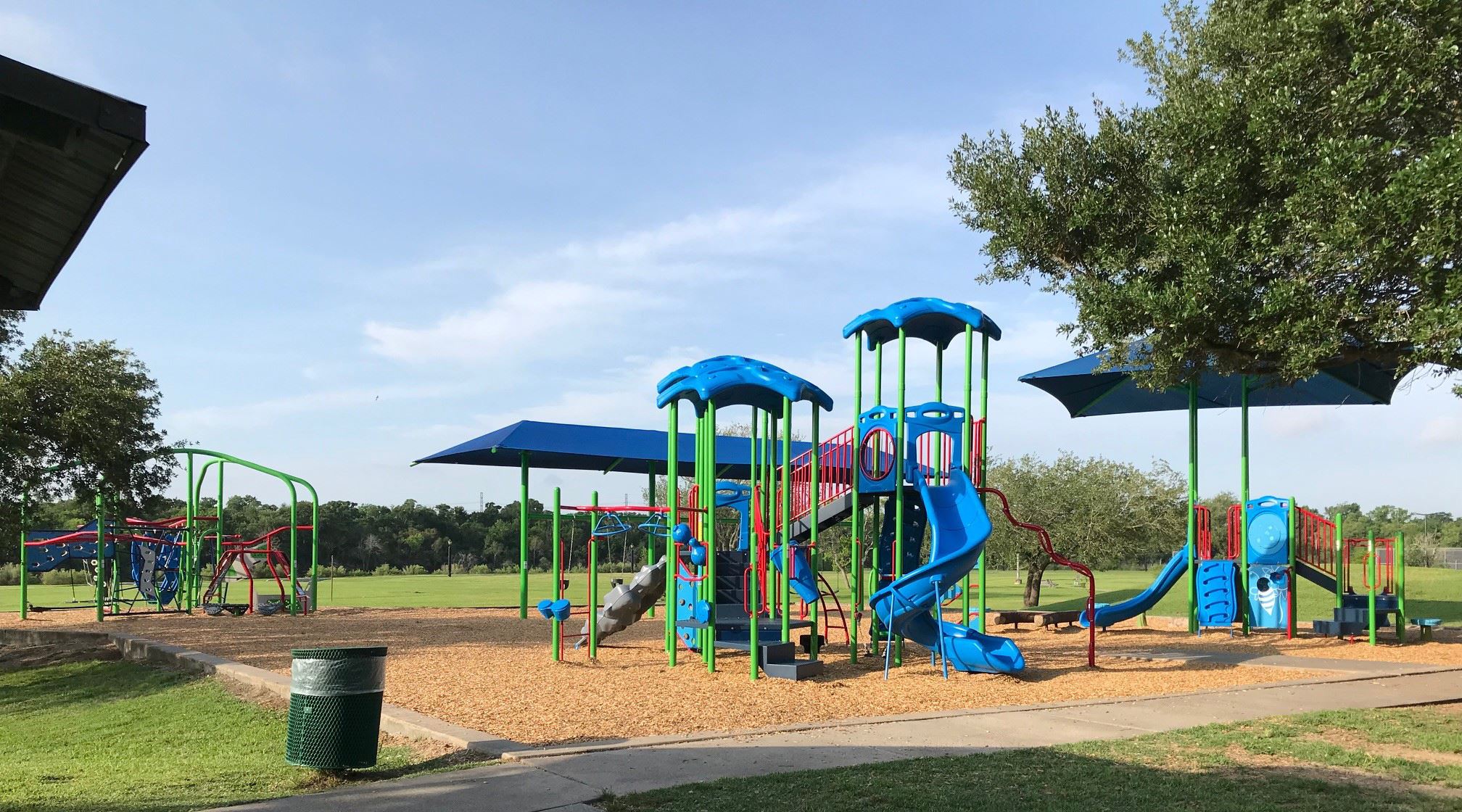 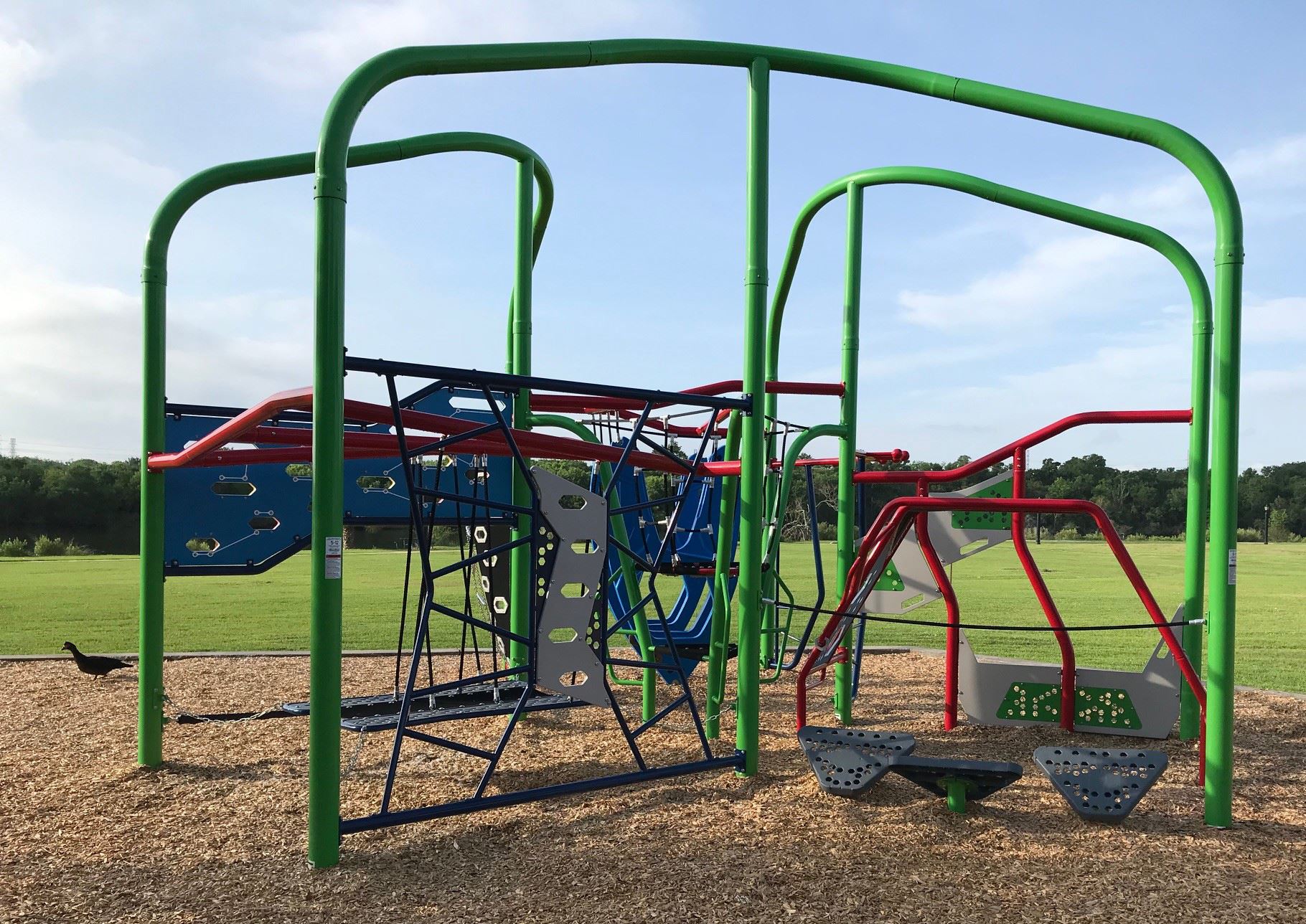 The Public Works Department has removed an existing asphalt road in the park and replaced it with a cement walking trail including benches. Decorative hanging lights were installed to further enhance the park's ambiance.

During the upcoming Beautification Day on Saturday, March 26, 2022, minor landscaping including the installation of new flower beds will be completed. 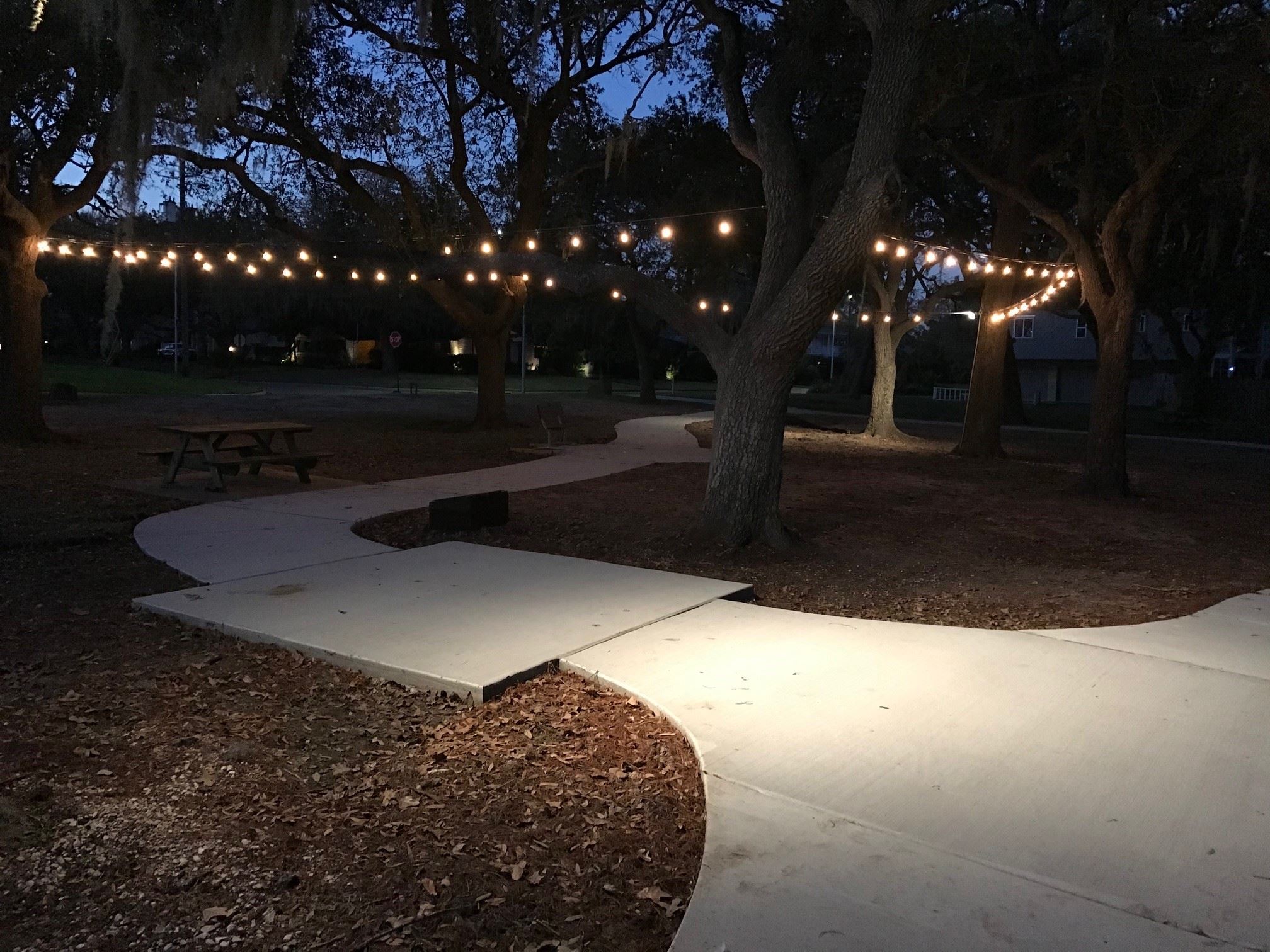 At the Wastewater Plant, processing through the sand filter is the last step of treatment before the water is discharged into Clear Creek. The rehabilitation process includes maintenance and improvements to the existing sand filter.

As of January 2022, concrete walls and structural groundwork have been completed. Contractors are now waiting on the delivery of equipment to be installed for completion of the project. 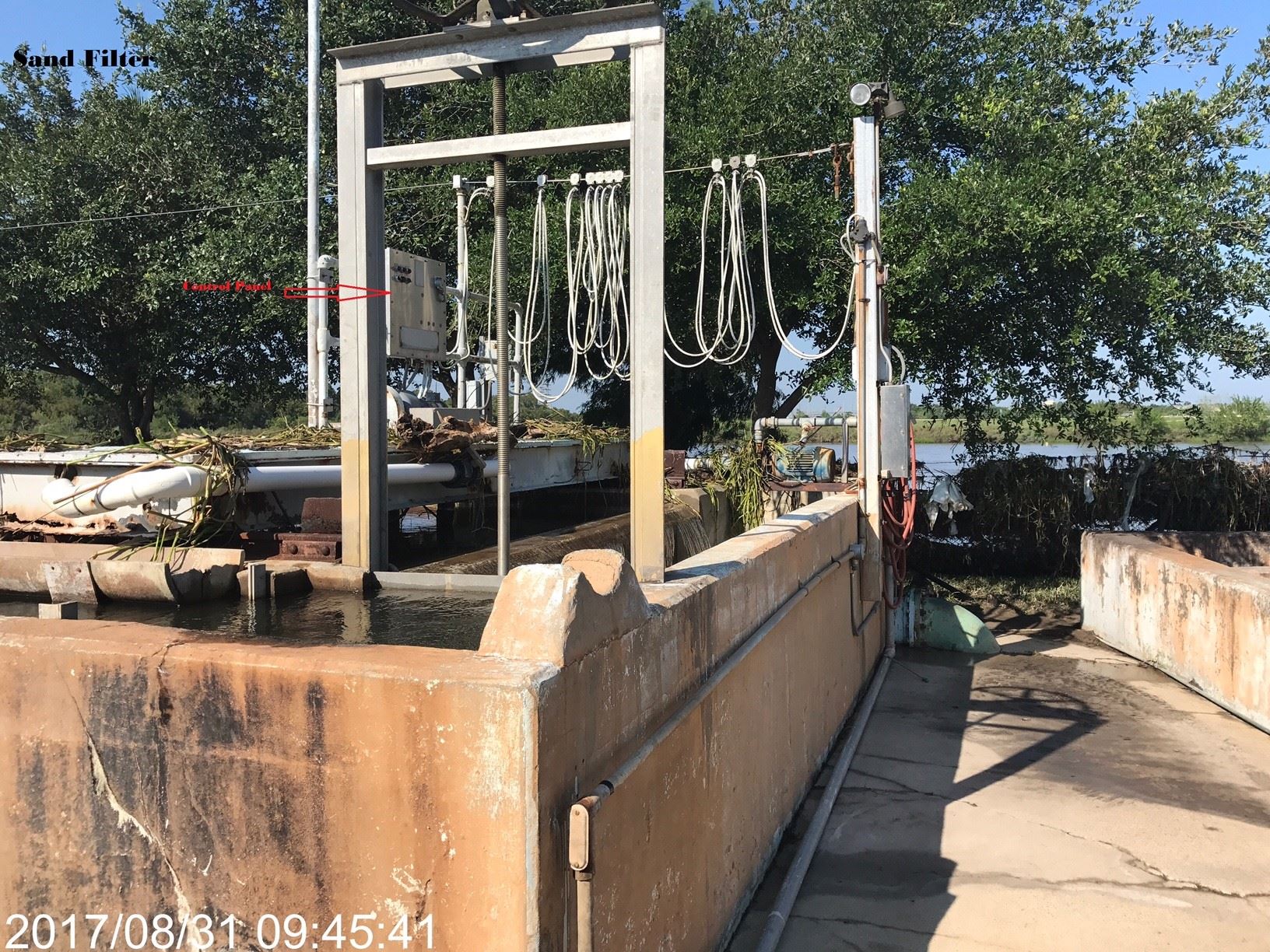 Above - Sand filter prior to repairs. 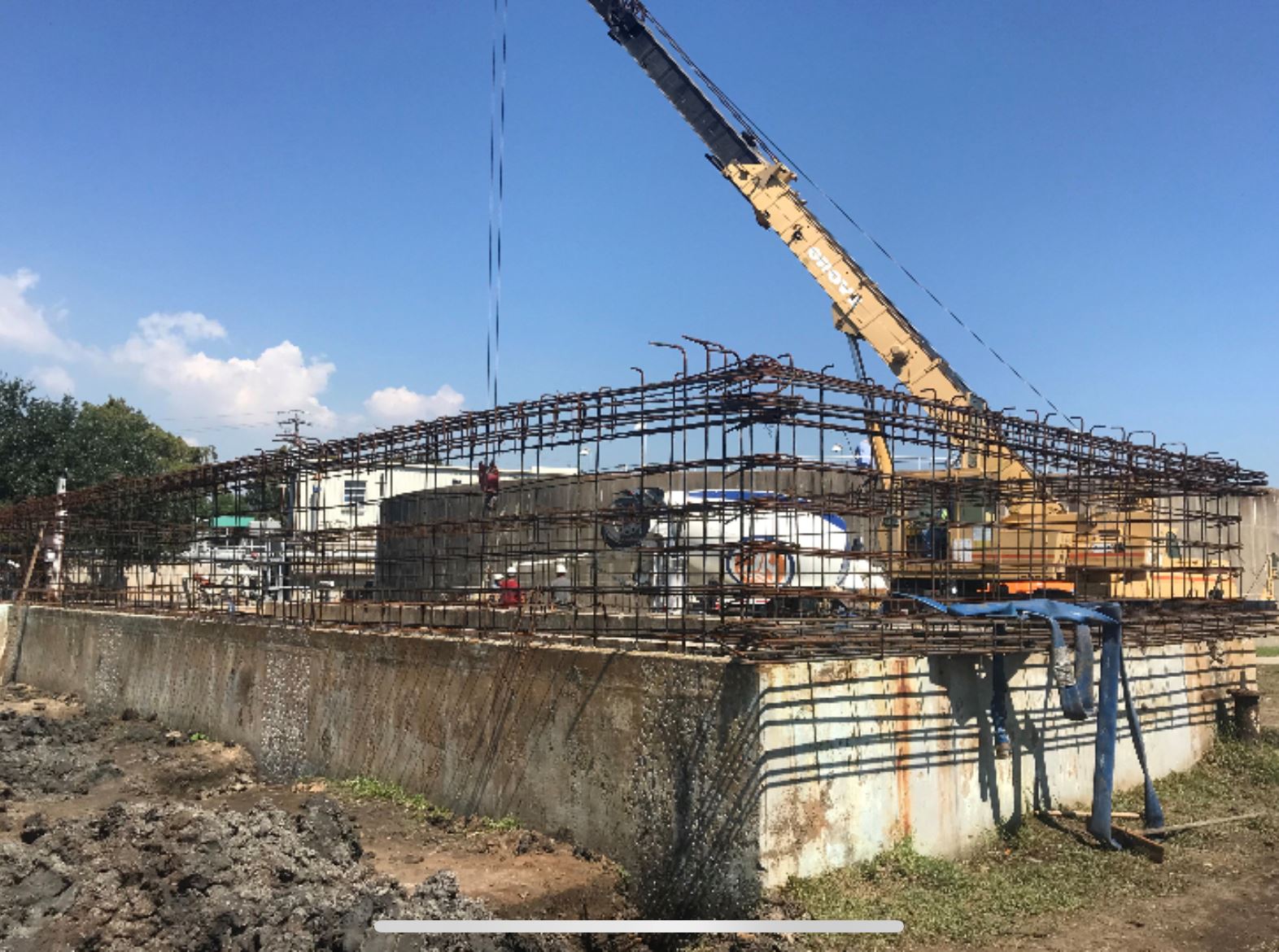 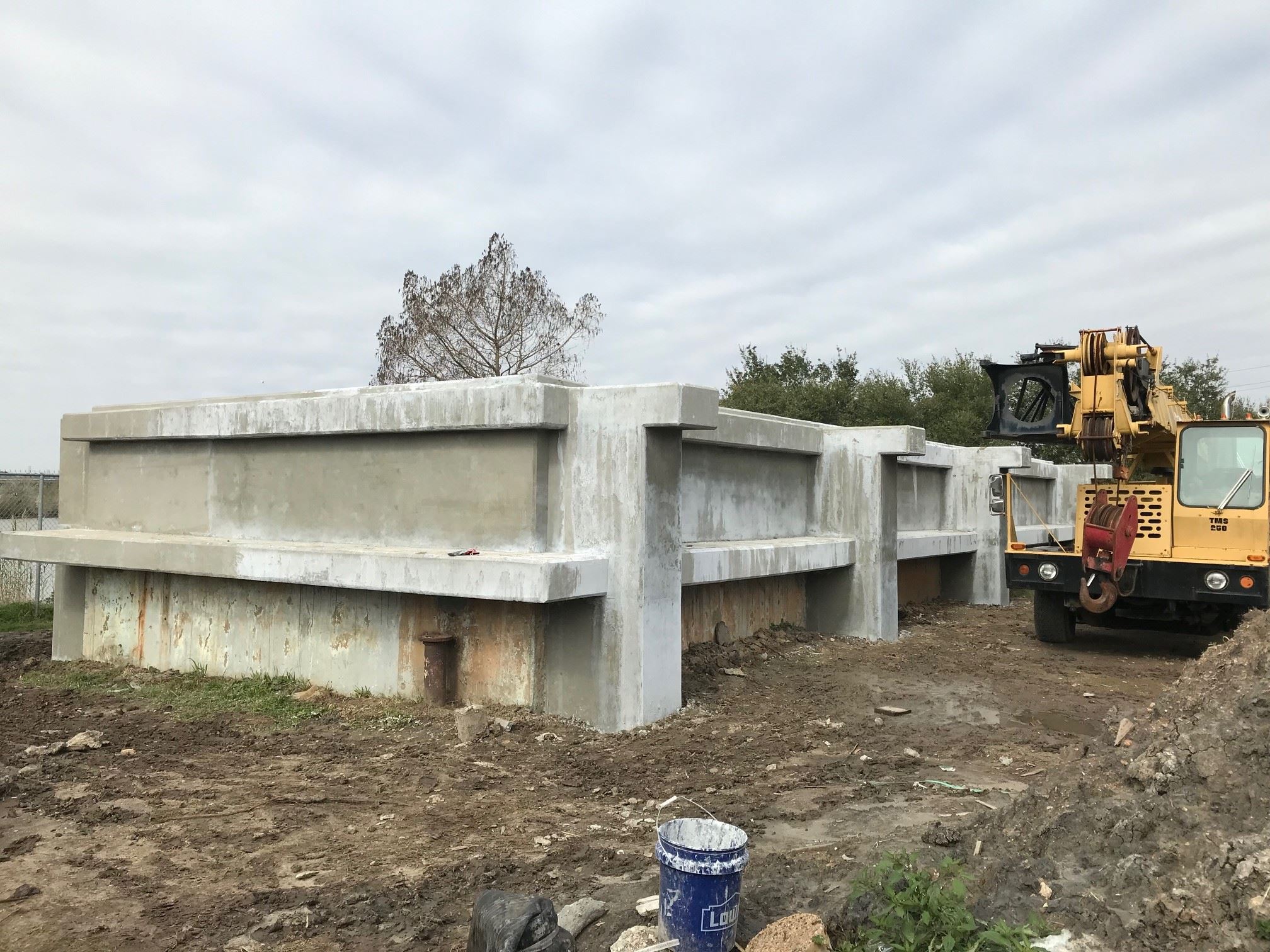 Project has been completed and is now open for public use. 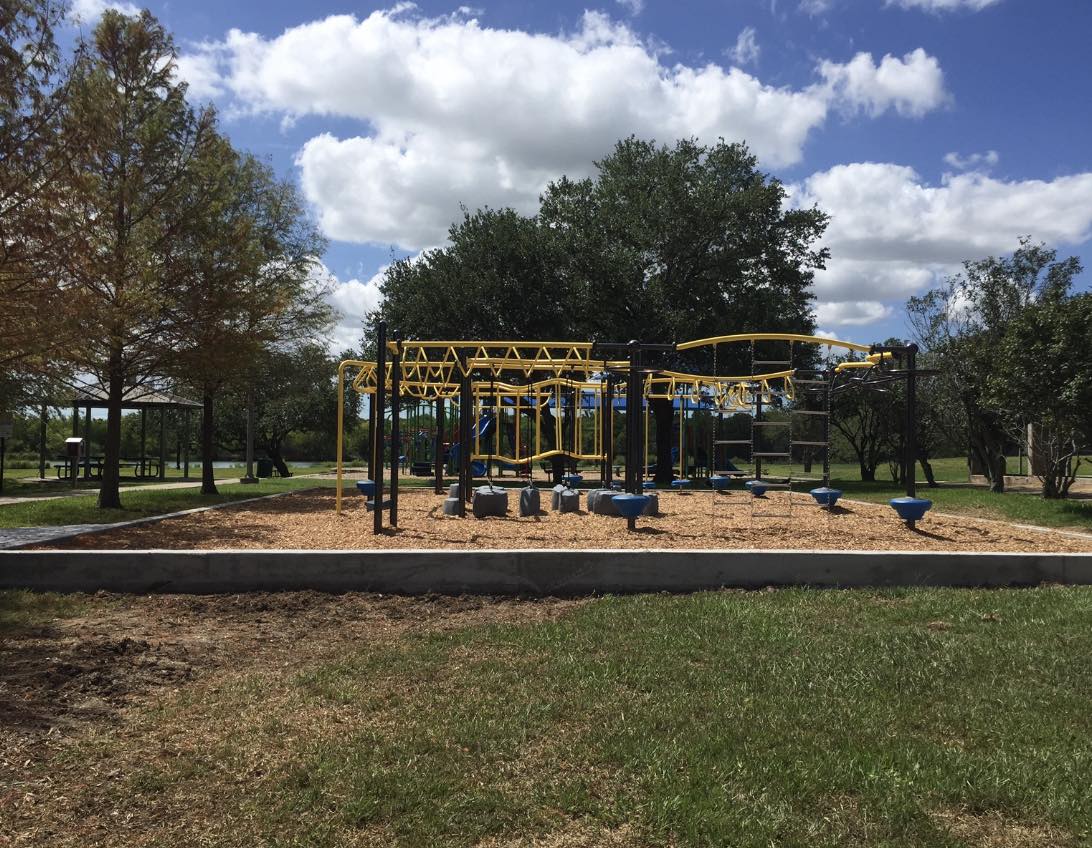 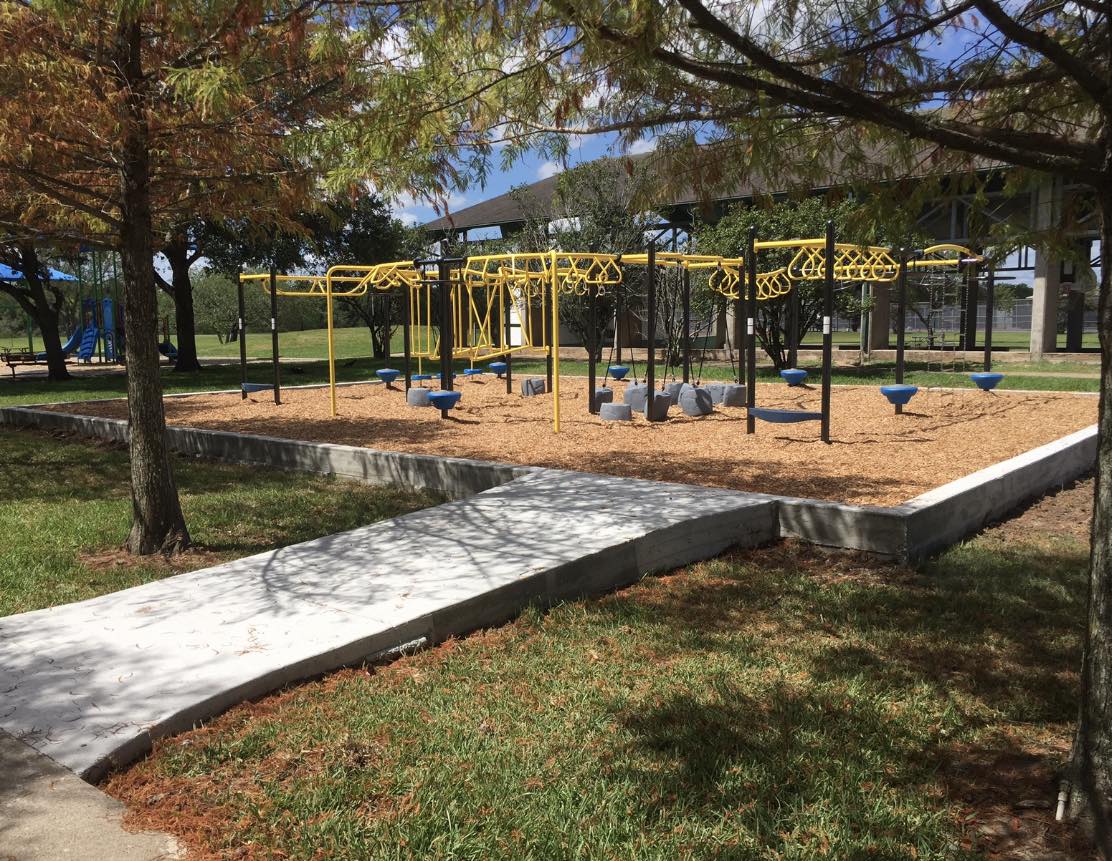 Contractors are televising and inspecting proposed Sanitary Sewer lines prior to commencing construction. This work will continue throughout the month of March.

Additional updates will be provided as they become available.

On February 7, work began on a major Water and Sewer Line Rehabilitation effort supported by funding from the Texas Water Development Board. The project is slated to last one year, with an estimated completion date of February 7, 2023. The estimated total cost of the water and sewer efforts is $2,598,582.

In June 2018, City Council adopted new water/sewer rates to fund critical infrastructure repairs throughout the City. The 2022 fiscal year brought the last round of rate increases necessary to cover the cost of the Water & Wastewater Improvements Project, and the funds collected will be used to cover the funding provided by TWDB.

Contractors will be addressing both water line and sewer line rehabilitation simultaneously. The City will work closely with the engineering firm (ARKK Engineers) as well as the contractors for the project (Lopez Utilities Contractor, LLC) throughout the construction timeline to communicate impacted areas to residents.

This project will include the replacement and upsizing of 22,090 feet of water lines, to include new water valves and fire hydrants throughout the City.

The project will also include 12,710 linear feet of sanitary sewer line and manhole rehabilitation throughout the City.

According to ARKK Engineers, the bulk of the project will be conducted underground, with only minimal above-ground disruption during projects.

As well, work will be conducted on weekdays only, unless there is a time-sensitive emergency that necessitates working over a weekend.

The contractors will place door hangars in the area of each project prior to the beginning of construction, and the Public Works Department will also be sending out Swift911 messages to impacted homes. Residents are also encouraged to monitor City outlets including Facebook and NextDoor for updates.

In the event that the contractor needs to block or temporarily close a roadway, the City will notify residents as soon as possible.

Both the contractor for the project – Lopez Utilities Contractor, LLC – and their vehicles will be identified. The contractors will be wearing vests with “LUC” on the back.

At the beginning of the process, the contractor will be utilizing cameras/video equipment to document their work sites. The contractor is expected to film both before and after construction is complete.

Contractors have been instructed to leave residents’ driveways accessible during construction. Any concerns about vehicles blocking driveways should be directed to the Public Works Department.

This project will include 12,710 linear feet of sanitary sewer line and manhole rehabilitation throughout the City.

**New map in development due to project changes.**

Supported by a loan from the Texas Water Development Board, Public Works will complete sanitary sewer line and manhole rehabilitation throughout the City.

This project will include the replacement and upsizing of 22,090 feet of water lines, to include new water valves and fire hydrants throughout the City.

“I am very excited to begin this project,” Public Works Director Paul Lopez said. “This will allow a more dependable water system for drinking water and firefighting.”

**New map in development due to project changes.** 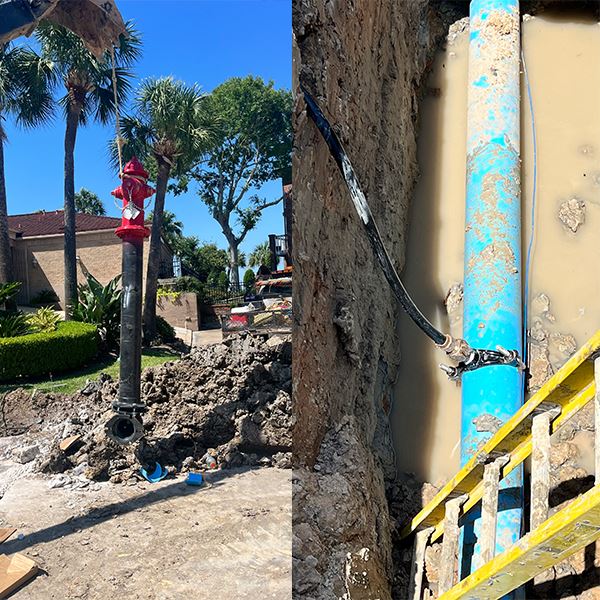 This project will involve the demolition and replacement of street panels throughout the city. For the first portion of the project, 15 areas have been identified due to cracks or street failure. 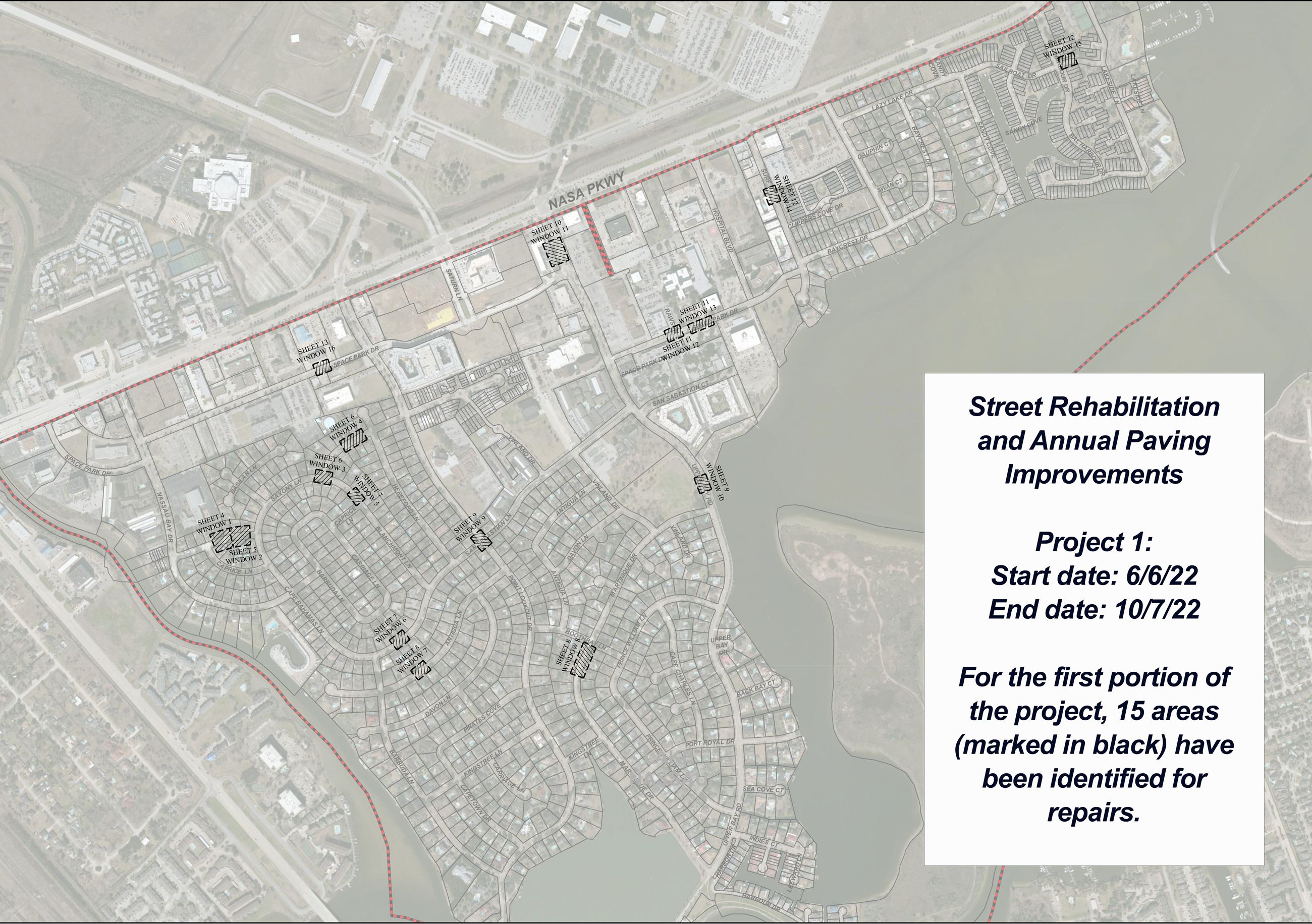 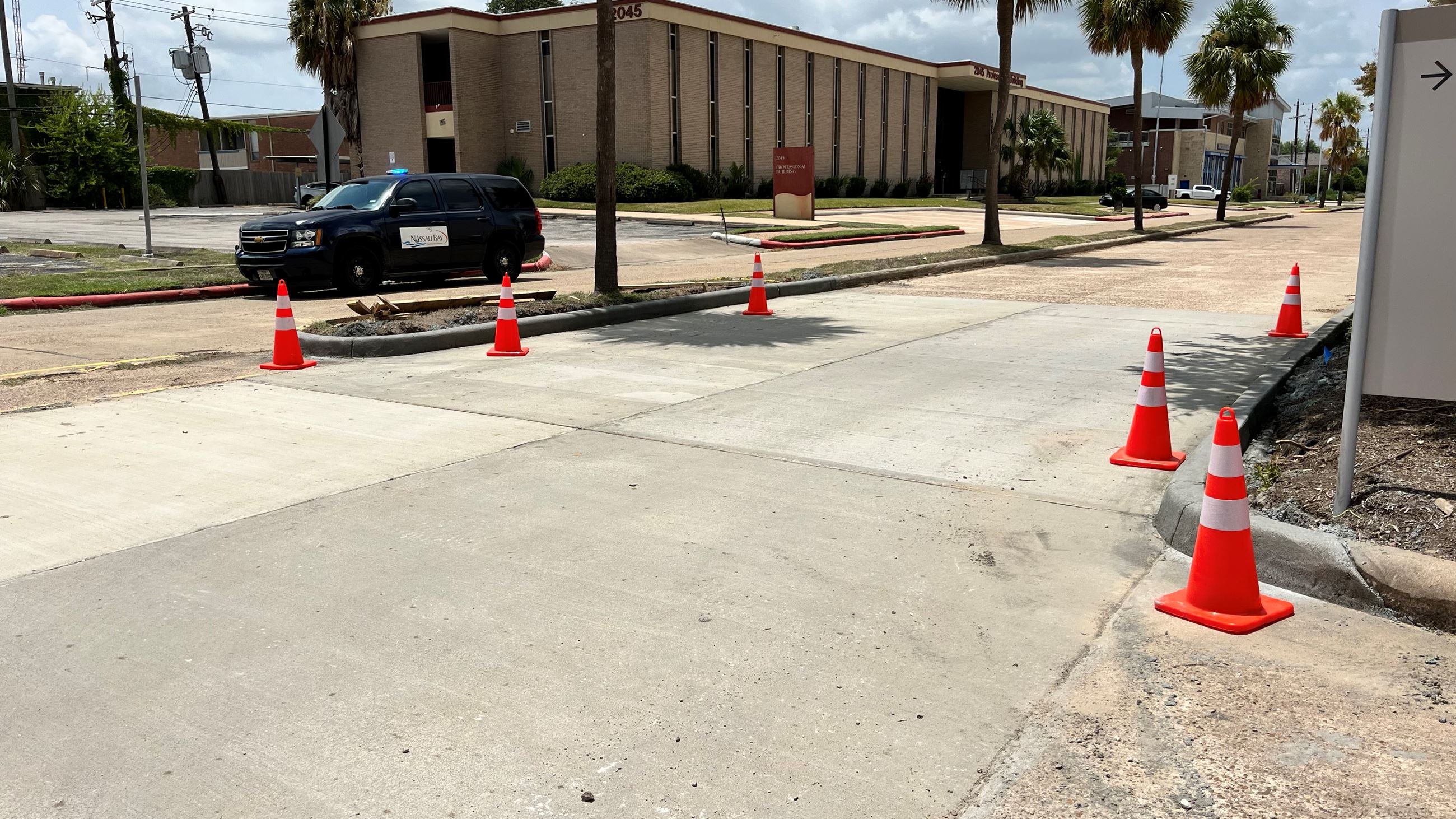 September 2022 - With 10 areas of roadways improved, traffic and drainage have improved throughout the city. 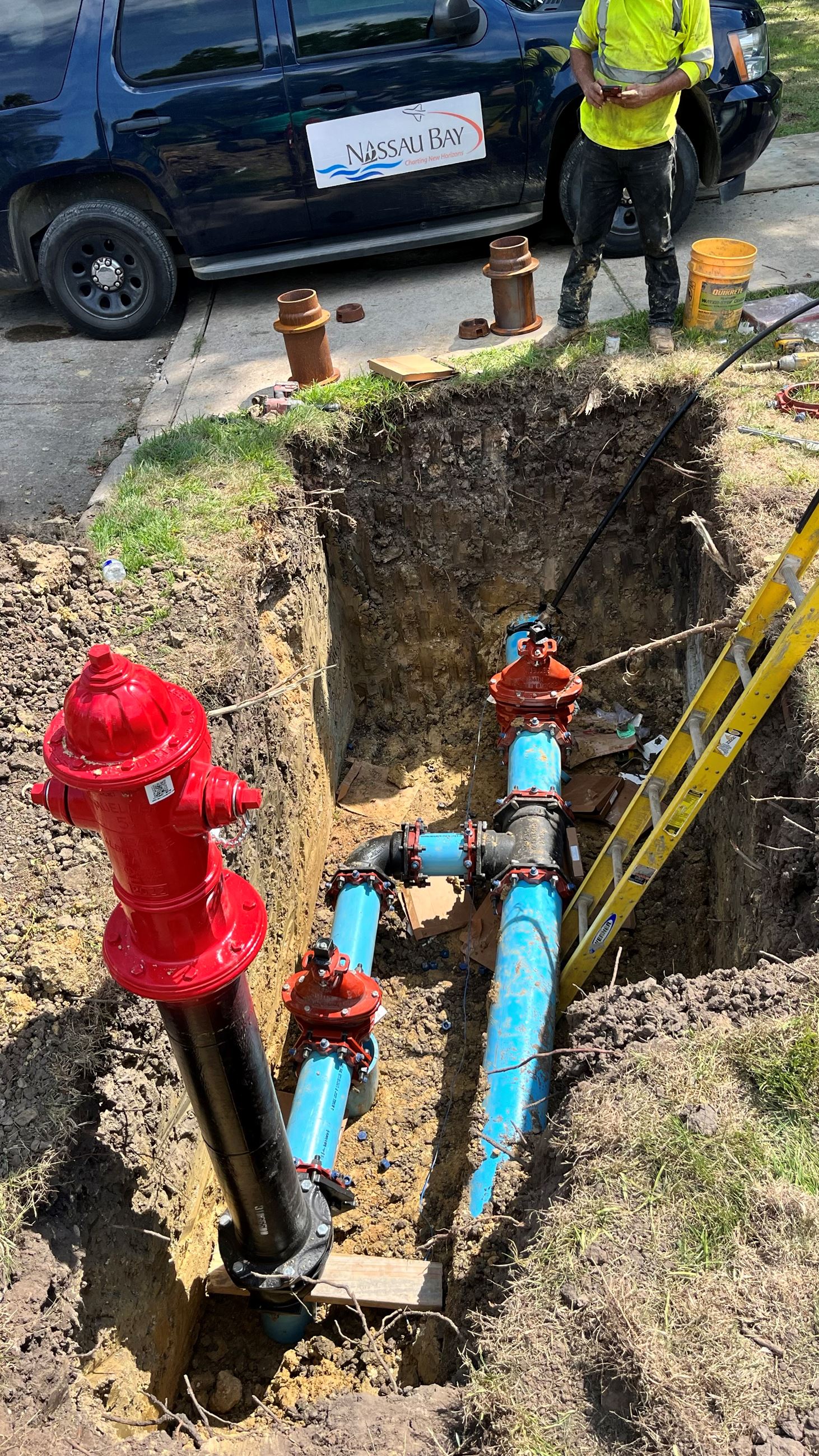 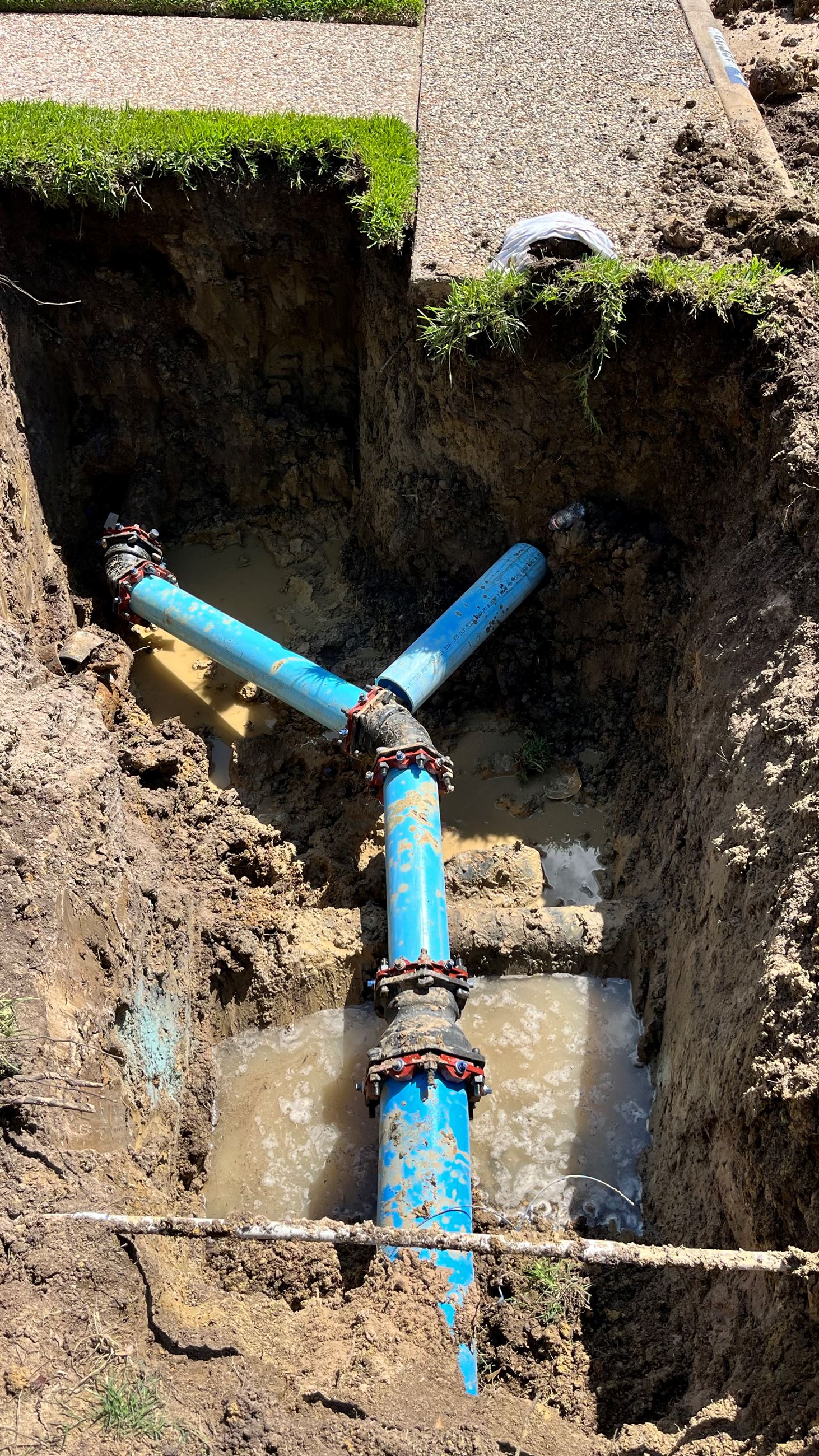 The second portion of the Street Rehabilitation project will address an additional 31 areas throughout the city. Areas will be solidified following engineer assessment of the proposed areas – they are subject to change.